Delight in the magic of the holidays as it comes to life on stage. This timeless classic follows the young Clara and her Nutcracker Prince as they are swept away on an enchanting adventure, led by the mysterious Drosselmeyer and Lady Silberhaus. During this epic journey, they join forces with soldiers to battle the evil Rat Queen and her entourage of mice and travel to a breathtaking winter wonderland of dancing snowflakes. When they finally enter the magical Land of the Sweets, Clara is introduced to the land’s many vibrant characters, dazzled by waltzing flowers, and captivated by the beauty of the Sugar Plum Fairy and her Cavalier.

Featuring spectacular choreography set to Tchaikovsky’s stunning and delightful score, The Nutcracker will warm your soul and transport you to a spectacular world of dance and holiday magic!

Scroll down for the photo gallery!
Meet Alan Obuzor, Artistic Director and Founder of Texture Ballet

Behind the scenes at ‘The Nutcracker’ rehearsal at Palace Theatre is a winter whirlwind Tribune- Review December 9, 2022

From classic to jazzy, ‘Nutcracker’ fans have choice of several productions Tribune-Review December 7, 2021 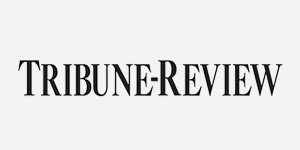 Texture Contemporary Ballet is based in Pittsburgh, and was founded in 2011 by Artistic Director Alan Obuzor

Texture Contemporary Ballet is comprised of classically trained professional ballet dancers who have danced and trained at some of the top ballet companies and schools in America. Resident and guest dancers are brought together to create and present predominantly contemporary and neo-classical work. Texture strives to inspire dancers, teachers, directors, choreographers, audience members, and artists of every kind, by presenting ballet in an innovative way. We believe it is important to break through preconceived notions that people may hold while witnessing ballet for the first time. Yet simultaneously, Texture fulfills the expectations of frequent theatergoers and those who are deeply submerged in the dance world. Therefore, Texture is both unique and inviting, while still upholding standards of technique and presentation.

Alan Obuzor – Texture Founder, Artistic Director, Resident Choreographer, Dancer, Faculty Member
Alan Obuzor was honored in 2013 by Dance Magazine by being named one of the “Top 25 to Watch”. Originally from Pittsburgh, Alan began dancing at the age of nine. Two years later he attended Pittsburgh Ballet Theatre School(PBTS), where in 1998 he was a recipient of the prestigious Princess Grace Foundation Dance Honorarium.  Alan received a contract to join Pittsburgh Ballet Theatre’s(PBT’s)professional company at the age of 17.  During his seven years in PBT’s Company, he danced a wide array of ballets ranging from classical to neoclassical to contemporary, which included principal and soloist roles in ballets such as The Nutcracker, Swan Lake, Symphony in C, Carmina Burana and Divertimento 15.  In that time he also worked with many world-renowned figures in dance, and was selected to originate soloist roles in new works by choreographers Dwight Rhoden, Derek Dean, Matjash Mrozewski, and Jiabin Pan.  Alan began teaching in 2002; from 2007-2012 Alan was on the faculty of PBTS as one of the primary Pre-Professional Division teachers and choreographers.  In the fall of 2012, Alan joined the teaching faculty of Pittsburgh Youth Ballet.  Alan choreographed his first work in 2002 on himself and a fellow dancer.  Since that time he has choreographed over 90 new works for Texture Contemporary Ballet, PBT, PBTS, Pittsburgh Youth Ballet Company, New Ballet Ensemble, Harvard Ballet Company, Point Park University, Dancers’ Trust, Canton Ballet, Pittsburgh High School for the Creative and Performing Arts and various independent projects.  In 2011, Alan won first place in the Pittsburgh Chapter of the National Society of Arts and Letters Dance/Choreography competition. During 2014 Alan was awarded a BRAZZY Award – “Outstanding Male Dancer in Pittsburgh 2014”. In 2017 Mr. Obuzor received an “Outstanding Teacher Award” by Youth America Grand Prix. He is also the founder and Artistic Director of Texture Contemporary Ballet 2011, and Texture Ballet School 2019.

Professional Dancer Bios
Christopher Bandy – Texture Faculty Member, Guest Choreographer, Guest Performer
Christopher Bandy grew up in West Virginia and took ballet starting at the age of 9 at the Mid-Ohio Valley Ballet School.  He would spend several weeks a year in NYC taking classes with David Howard on scholarship.  After high school he spent a year at the Princeton Ballet School before beginning a 14 year dance career with American Repertory Ballet, Pittsburgh Ballet Theatre, and Terpsicorps Theater of Dance in North Carolina, where he serves as ballet master during the month of June each year.  He has taught ballet for over ten years for professional dancers from Pittsburgh to San Francisco to Nashville. Bandy co-founded a pre-professional program at Oglebay Institute in Wheeling. He is also an avid choreographer and has created works for Terpsicorps, Pittsburgh Ballet Theatre, and Texture Contemporary Ballet in addition to creating an original production of The Nutcracker on commission from the Wheeling Symphony Orchestra.

Abigrace Diprima – Texture Resident Dancer
Abigrace is from Lawrenceville, GA and trained under the direction of Lisa Sheppard Robson and Wade Walthall. During this time, she attended the Youth America Grand Prix NYC finals in 2010 and 2014. She continued her studies at University of North Carolina School of the Arts under Dean Susan Jaffe, receiving her BFA in dance. During her time at UNCSA, she enjoyed performing various works including Russian demi-soloist in Balanchine’s Serenade, Balanchine’s Donizetti Variations, and the Mazurka variation and pas de deux from Fokine’s Les Sylphides. Abigrace went on to dance with Oklahoma City Ballet’s Studio Company and Ballet Tucson as an apprentice. Following this, she danced as a freelance artist with Kayzer Ballet (Covilha, Portugal), Bluebird Uncaged (Atlanta, GA), Jana Taylor and Dancers, and Pasadena Dance Theatre. Abigrace joined Eugene Ballet as a company artist in 2020 and enjoyed dancing full length classical ballets and contemporary works. Her favorites include soloist roles in Suzanne Haag’s Conduct and With Your Own Wings, as well as Haag’s Heaven and Earth. She also enjoyed dancing for #instaballet events in Eugene, which used audience participation to choreograph on professional dancers. She is happy to be joining the beautiful artists and individuals at Texture Contemporary Ballet this season.

Elaina Sutula – Texture Resident Dancer
Elaina Sutula, of Brookfield, Connecticut, graduated magna cum laude from Mercyhurst University with a B.A. in Dance and a B.A. in Pre-Nutrition Studies in May 2016. Under direction of dance chair Tauna Hunter, she performed works including Flower Festival in Genzano, Pas de Quatre, Bruce Marks’s La Fille Mal Gardée, contemporary choreography by Rick McCullough and Hannah Baumgarten, and the title role in Melissa Bobick’s production of Little Match Girl. She received additional training during summer programs at The Nutmeg Conservatory, Ballet Austin, and Tulsa Ballet. Elaina spent four years in Minnesota dancing professionally with St Paul Ballet and Ballet Co.Laboratory, where she worked with choreographers including Zoé Henrot, Joseph Morrissey, Peter Davison, and Kinsun Chan. Elaina is an American Ballet Theatre® Certified Teacher, who has successfully completed the ABT® Teacher Training Intensive in Pre-Primary through Level 3 of the ABT® National Training Curriculum. She is excited to be working alongside the beautiful artists of Texture Contemporary Ballet

Sophie Powell – Texture Resident Dancer
Sophie Powell was born in Kirkland, WA.  In her years growing up, Sophie trained with Deborah Hadley, where she started her pursuit of a dance career. She also trained at the Houston Ballet Academy in their Professional Division from 2015-2018. From there she moved to Pittsburgh to train at Pittsburgh Ballet Theatre. She joined their Graduate Program and performed with the company in their productions of The Nutcracker, Giselle and Beauty and the Beast. Sophie is excited to begin this new part of her life dancing with Texture Contemporary Ballet. 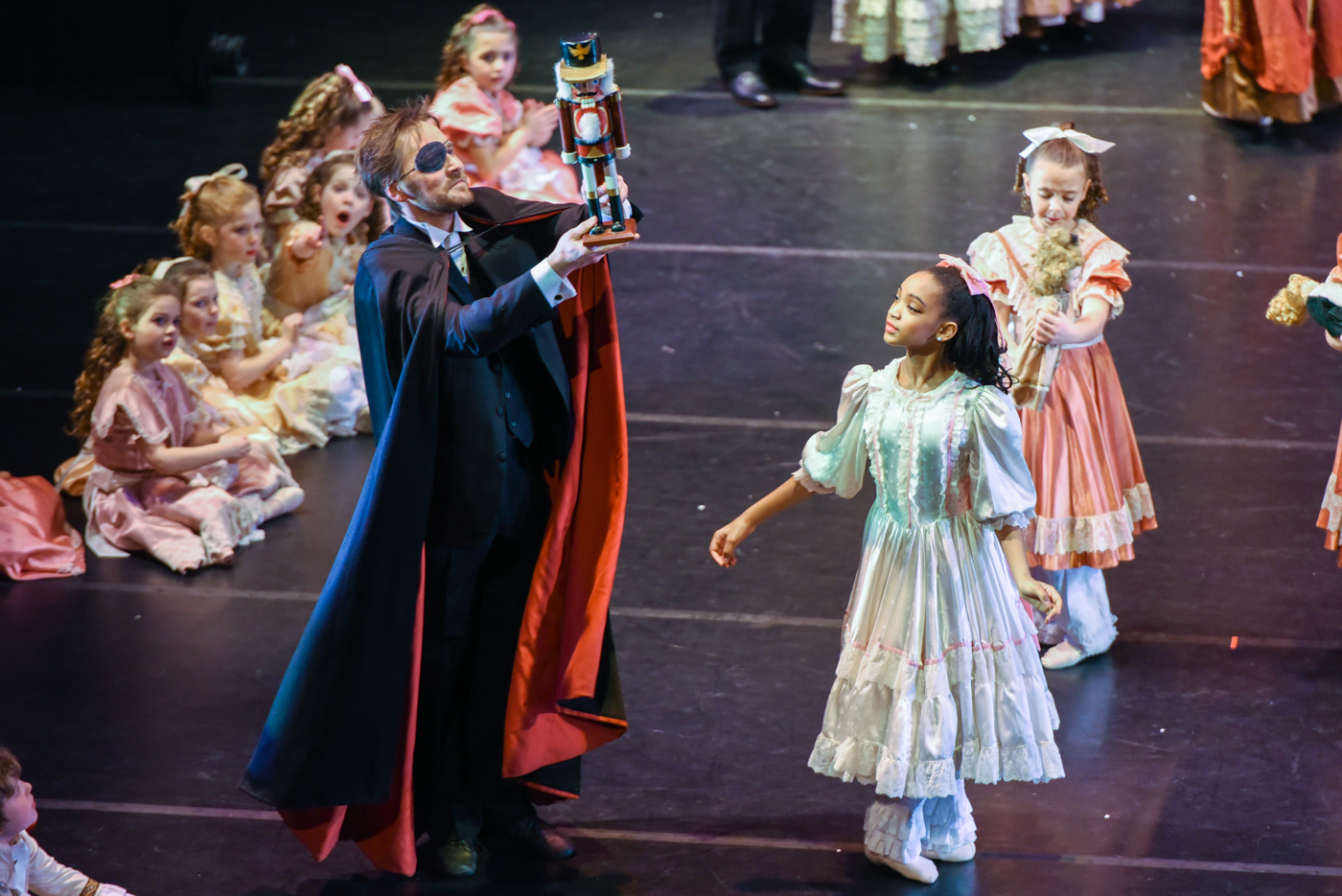 All photos by Gary Stone Photography